The animal welfare organizations (HSUS, ASPCA, RTF) that spearheaded this coalition have essentially given up on fiercely defending core elements of the 1971 Wild and Free-Roaming Horses and Burros Act, which was passed into law to protect wild horses and burros within designated territories on Bureau of Land Management (BLM) lands. For decades, special interests — including the livestock, oil and gas industries — have aggressively worked to remove wild horses and burros from our Western ranges for the sole purpose of monetizing public lands. In addition to battling with the Department of the Interior, fighting these industries is the backbone of wild horse advocacy, a fight that is shared with environmental organizations and other animal causes such as the preservation of wolves and defending America's national monuments.

​Standing strong to protect our natural resources and our wildlife are vital causes that should not be abandoned. To partner and acquiesce to the very industries that are trying to eradicate and/or slaughter wild horses is a betrayal of epic proportions, one that will have catastrophic consequences if allowed to be implemented. The Path Forward for Management of BLM’s Wild Horses and Burros, 10 Years to AML agenda must be stopped.

AT RISK FOR SLAUGHTER

There are approximately 50,000 wild horses currently being warehoused at BLM short and long term holding facilities, which costs nearly 50 million dollars annually. Adding an additional 20,000 horses into BLM's captivity program every year is financially untenable, jeopardizing the lives of the horses. Mass euthanasia and/or sending them eventually to slaughter is a real threat that should not be ignored. The Public Lands Council and the Farm Bureau remain pro-slaughter organizations, and it's only through the informal agreement with the Path Forward signatories that they've temporarily agreed to stop pressuring Congress to direct BLM to slaughter and/or euthanize wild horses en masse. Once BLM long-term holding facilities swell with upwards of 100,000 horses it should be expected that they'd once again lobby to have the horses lethally culled.

The Path Forward, 10 Years to AML agenda calls for a wide array of fertility control methods. In addition to the use of the safe and reversible vaccine, Porcine Zona Pellucida (PZP), the proposal also calls for permanent methods including gelding stallions and sterilizing mares. Taking the wild out of wild horses through invasive methods will tamper with natural herd dynamics. It also poses serious health risks, potentially resulting in fatal complications. One such method, ovariectomy via colpotomy, removes ovaries with a wire loop. This archaic technique, which isn't even used on domestic horses, could cause hemorrhaging, infections and sepsis. It's unthinkable that thousands of wild horses would be released back into the wild with no veterinary post-surgery oversight. 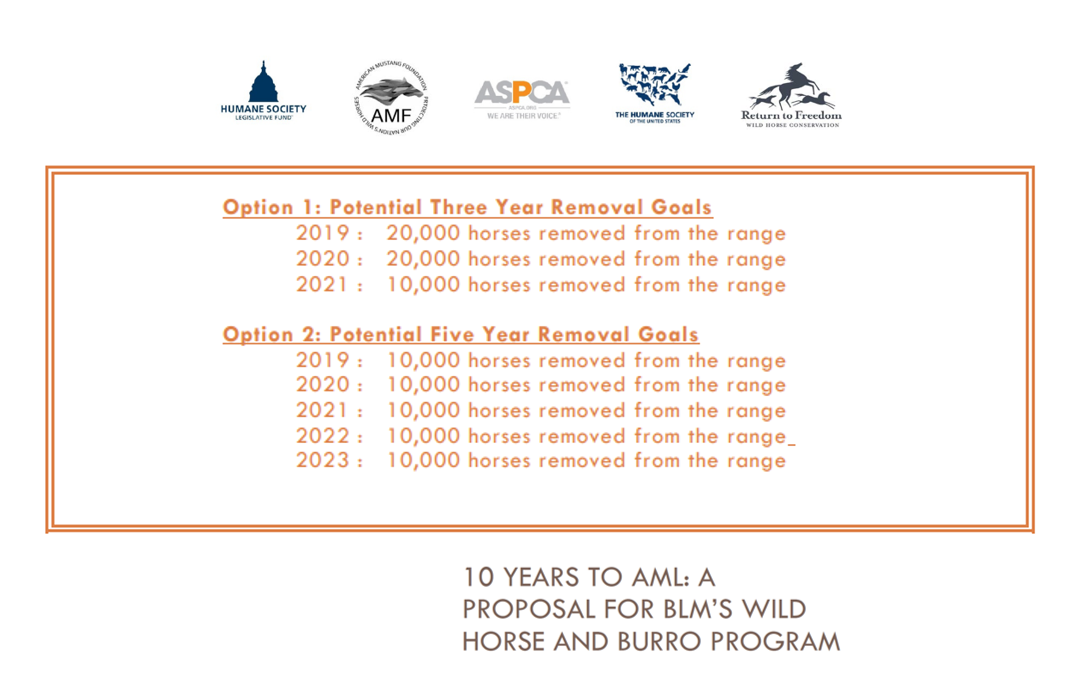 THE "10 YEARS TO AML" PROPOSAL RECOMMENDS REMOVING UP TO 20,000 WILD HORSES A YEAR 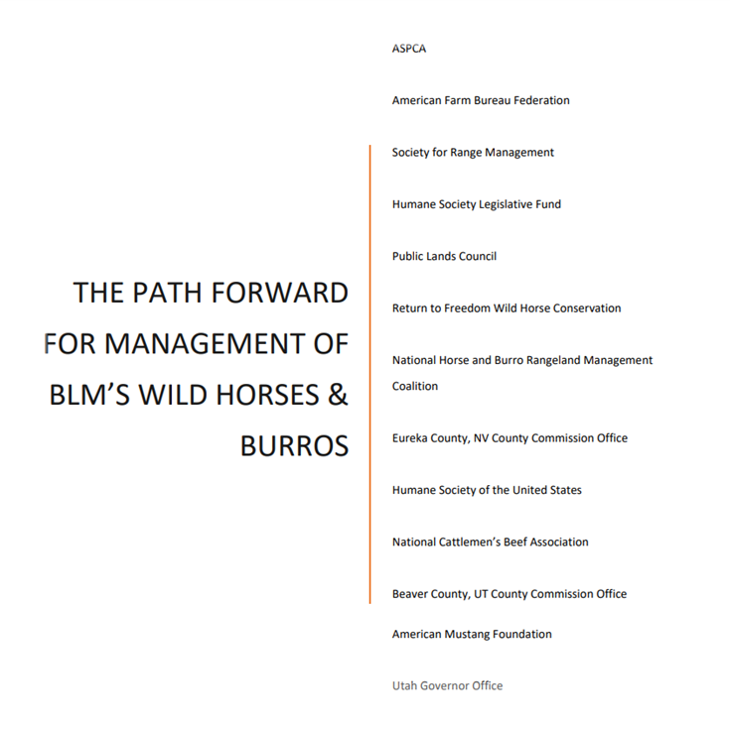 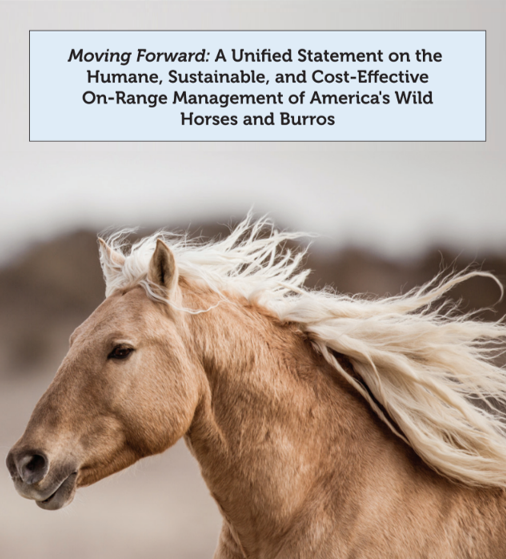 A UNIFIED RESPONSE REJECTING THE "10 YEARS TO AML" AGENDA

MORE INFORMATION ON THE “PATH FORWARD FOR MANAGEMENT OF BLM’S WILD HORSES AND BURROS”, 10 YEARS TO AML AGENDA  >